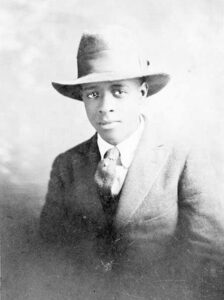 February is Black History Month. To celebrate, the WHAA has compiled biographies of notable West High alumni, such as Wallace Henry Thurman (Class of 1919).

Described by Langston Hughes saw “a strangely brilliant Black boy who had read everything, and whose critical mind could find something wrong with everything he read,” Thurman devoured the works of Plato, Aristotle, Shakespeare, Havelock Ellis, Flaubert, and Charles Baudelaire while attending West High School.

He later attended the University of Utah and University of Southern California before moving to Harlem in 1925. While there, he founded the literary magazine Fire!!, which included contributors such as Hughes, Zora Neale Hurston, Richard Bruce Nugent, Aaron Douglas, and Gwendolyn B. Bennett.

In 1929, Thurman’s play, Harlem, debuted on Broadway to mixed reviews. That same year, he published his first and most well-known novel, The Blacker the Berry: A Novel of Negro Life. His novel as now considered to be one of the most groundbreaking works of the Harlem Renaissance, due to its unique focus on interracial prejudice and discrimination.

The novel’s line “the blacker the berry, the sweeter the juice” can be found referenced in the works of influential artists including Tupac Shakur and Kendrick Lamar.

Thurman’s other novels include the Infants of the Spring and The Interne, which were both published in 1932. He passed away just two years later at aged 32 from tuberculosis.

Beyond his lasting impact and influence on the Harlem Renaissance, Thurman is less well known for his role in establishing the state of Utah’s first chapter of the National Association for the Advancement of Colored People (NAACP).

In April 1918, Thurman was walking down Main Street with Thelma Steward when they were accosted with racial slurs and violently assaulted by soldiers serving at Ft. Douglas. No one was ever charged with the crime, which was only briefly mentioned in the Salt Lake Telegram days later. The assault is credited with catalyzing Utah’s black community to form a NAACP chapter, with Steward as secretary and Thurman as one of its first members. 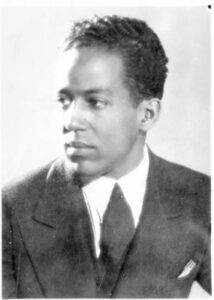 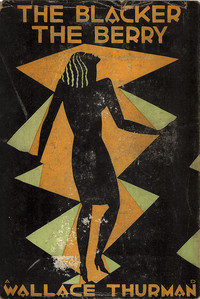